disAuthor William Maher is a writer and director, whose previous career in visual effects saw him working on many comic book adaptations including Mars Attacks!, X-Men, and Batman & Robin. Intrigued by the impact of these superhero franchises, Maher started developing the storyworld for Submarine Channel’s interactive comic Ascent from Akeron about a decade ago to explore the notion of a world without superheroes. 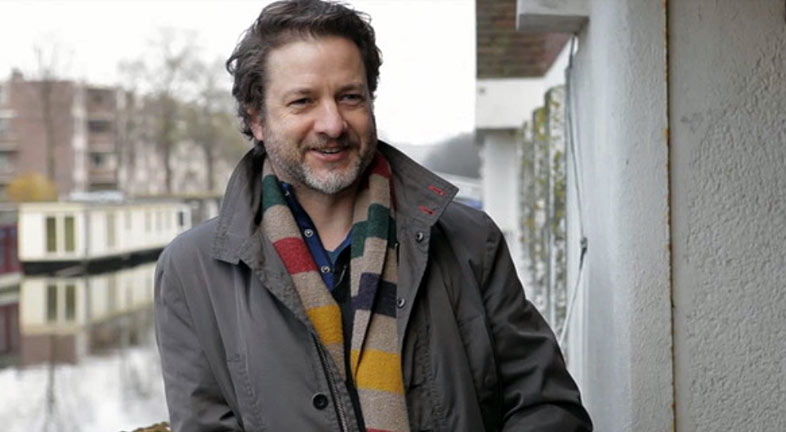 What comics did you read growing up?

I grew up in Ireland in the 70’s and 80’s – at the time I had very little exposure to graphic novels. Most of the publications that we saw came from England and were mainly heroic military/WWII – focused stories. Commando Comics were classic examples. 68 pages, almost no recurring characters, terrifically drawn in black and white with color covers.

You worked on the first X-Men movie by Bryan Singer. This movie was very influential, in the sense that it kickstarted the revival of superhero movies. What was it like to work on that film and what was your role in it? Did you expect the movie was going to be that big of a success?

On X-Men I think my title was Visual Effects ‘Wrangler’. It was an appropriate enough title for manhandling the vast amount of data that needed to be accumulated while we were shooting. A lot of measuring and tens of thousands of still photographs required to create the visual effects. It was a big task but I was part of a terrific team led by VFX veteran Michael Fink.

I started to realize that the movie would do well when I met three generations of one family who were all excited to see it. The grandfather, his son and grandson were planning to hit the theater together on opening day. That’s a pretty amazing tribute to the writers and artists who’d been developing those characters since 1963.

Ascent from Akeron is about a group of young rebels who live in a future society without art or literature, where everything and everyone is controlled. At one point in the story these kids discover graphic novels, and that this changes things. Do you really believe that comics can have that kind of transformative power?

I think any form of artistic expression can have a powerful effect on how people think. We have enough intelligence to wonder about the world around us and I think we have a deep desire to understand it. So whether it’s a poem, a painting, a piece of music, a building, something that lasts a moment or lasts forever, I’m intrigued by other people’s observations and the ways in which they express their experiences. Art in all its forms is like an encyclopedia of the human experience – a running commentary on the wonders and weirdness of being alive. If you took it all away, I think humans would be hollow. But they’d know something was missing and they’d never stop looking for it.

From working on Akeron with you, I found out that there is a lot more going on in this world than what we get to see in these first episodes. You’ve imagined a vast fictional universe. How would you like to see this world unfold?

The most challenging thing about creating the world of Akeron is that I chose not to strictly define the limits of the story at the outset. I really wanted readers to share the sense of discovery and uncertainty that the characters are experiencing, so the narrative is very much from their perspective. This means that the story grew from a single moment – a spark, when a character discovers that the world around him is not what he’s been led to believe.

There are a lot of layers to Akeron – often people might use the analogy that it’s like peeling an onion. For me, I’m with the kids – we’re peeling the onion from the inside out. We still don’t know how many layers there are or how big this onion is. We don’t even know if it’s the only onion. The temptation to reach points of conclusion is always presenting itself, but when something is character-driven like this, it’s the character that keeps going, reacting to what happens around them. Evolution is within.

The technology available to us in the interactive medium is allowing us to play with some of this. We’re experimenting with ways to allow users to explore different dimensions of the greater world, perhaps even hinting at places or events that have not yet been discovered by the characters. An interactive medium allows for all kinds of non-linear storytelling and time-jumping so we’re still conjuring up ways to enhance the user experience and to push the possibilities in all directions.

Ascent from Akeron is the first part of a trilogy. What can readers expect after part one? Do you see Akeron as an ongoing story, or do you have an ending in mind?

There are many milestones to be met and discoveries to be made. Challenges to be overcome and realizations to be learned, some to be endured. I don’t want to give too much away, but what I’ll say is that while the story takes place in a fantastic world and that world physically grows ever bigger and more complex, the real adventure is happening inside the characters. They’re young and don’t know much at the beginning. What they learn along the way helps define who they are. They make a choice and they choose the bolder, harder path – they choose to know more in a world built to keep them ignorant. Knowledge is power. Power is responsibility.

When you decide to explore a world that’s been hidden from you, how do you know when to stop? And if someone tells you that you’ve reached the end – that you know everything there is to know, how can you be sure that’s true? When layers of lies have been woven around you, how do you learn to trust? What’s behind the person who’s telling you it’s over?

Ascent from Akeron is just the beginning. 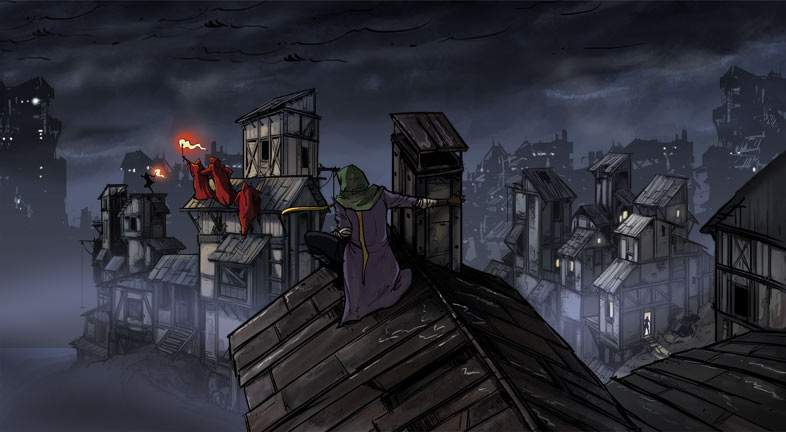