FLÂNEURS IN THE ILLEGAL DRUG INDUSTRY 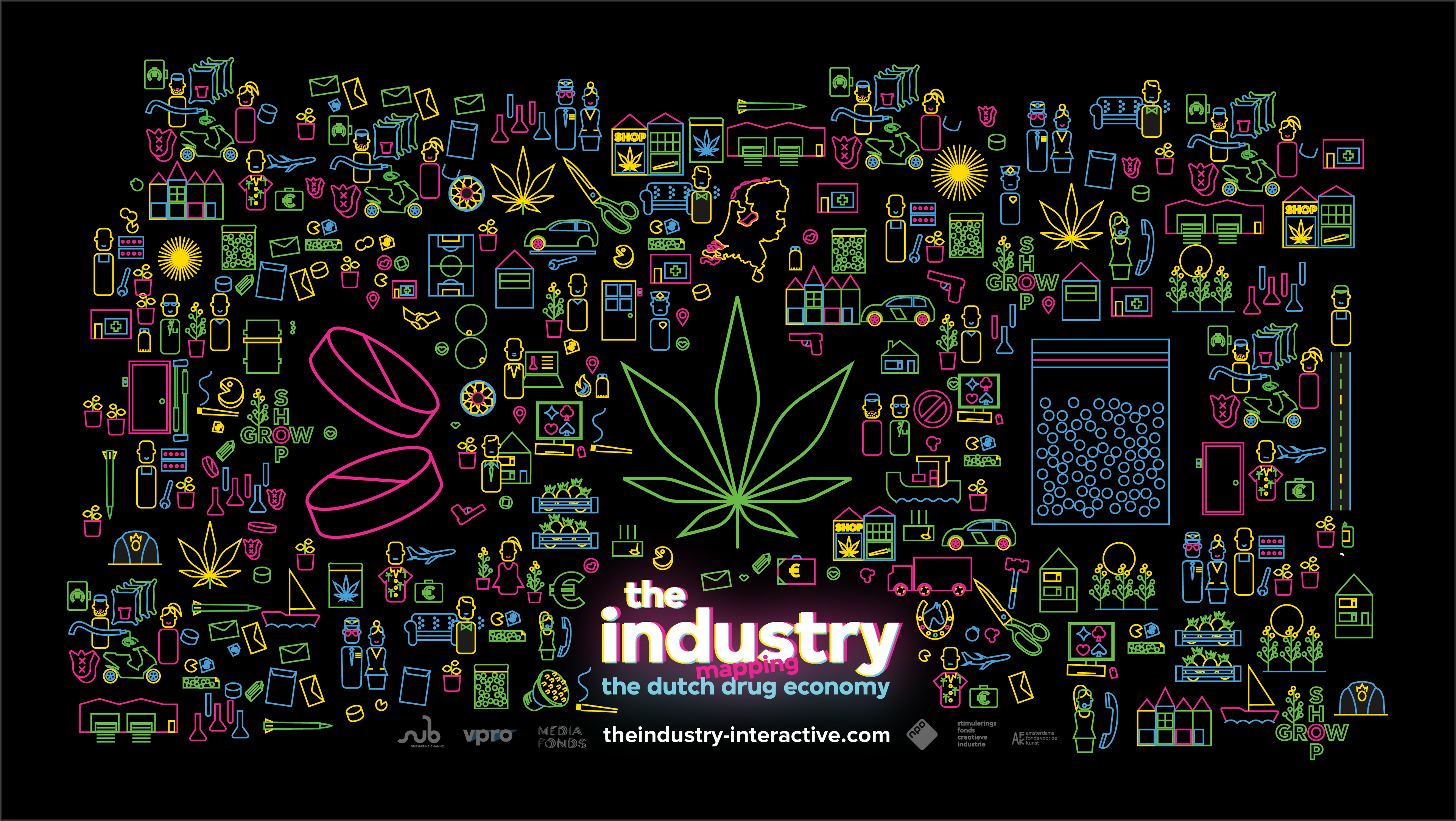 The Industry is an interactive documentary about the Dutch illicit drug industry. Through a data-driven interface and interviews with 17 stakeholders (growers, dealers, lab builders), the project attempts to reveal the complexity of a burgeoning black economy that starts in The Netherlands but quickly branches out worldwide.

“I wanted to give an overview of the issue and, above all, try to understand what drives the people that work in this sector,” explains director Mirka Duijn.

The Industry is co-produced by Dutch public broadcaster VPRO and Amsterdam-based transmedia studio Submarine Channel. At Submarine Channel, we decided to co-produce it because it represented the chance to tackle an important Dutch social issue while exploring new storytelling techniques. In particular, we were fascinated by the idea of producing a documentary without the use of video footage.

Last February, a report from the Dutch police association warned that The Netherlands was starting to resemble a narco-state. The paper was based on interviews with 400 detectives indentifying “the emergence of a parallel economy.” Small criminals develop into wealthy entrepreneurs who then establish themselves into legitimate industries, the report concluded.

A month later, a wastewater analysis conducted by the European Monitoring Centre for Drugs and Drug Addiction (EMCDDA) revealed that, of all European cities, Amsterdam has the highest concentration of ecstasy residue in its sewage water. The Industry literally connects the dots to show how the illegal production, distribution, and consumption of drugs (including weed, cocaine, synthetic drugs, and designer drugs) is interwoven with the legal economy. 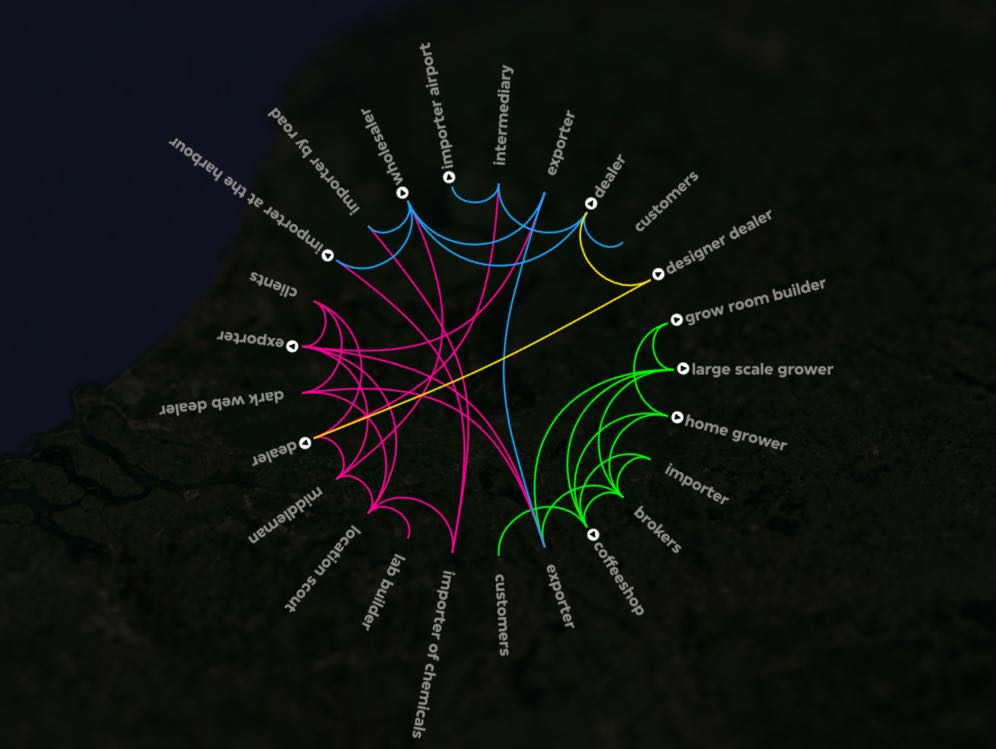 Users navigate the main interface of the documentary through a map that represents different hotspots with small, colorful dots. There, they can find relevant data and news concerning drug trafficking. The fact that these hotspots delineate precise areas gives The Industry a sense of immediacy and concreteness. In the Dutch version of the project, users can even insert their own postal codes to see what’s going on drugs-wise in their surroundings.

Users can choose to start their journey by car, boat, plane or train. Clicking on the means of transportation leads to the interviews with 17 workers in this industry. It’s probably here that lies the most striking aspect of the documentary. While the audio interviews play, users are presented with roughly rendered 3D scenes that they can freely explore with the mouse while listening to the interviews.

“I wanted to allow people to experience The Industry at their own pace, letting them free to stroll around in the project, both at the level of the map and of the 3D scenes. I didn’t want to impose any kind of forced narrative from above. In this sense, I like the metaphor of the ‘flâneur’, a user that can explore the space as she pleases,” adds Mirka.

I asked her if she has considered allowing the users to explore these scenes in a more organized way— for example, in the same way we can explore buildings in Google Street View.

“I actually thought about doing something like that, but it would have meant trapping users in a single point of view. We also did some experiments in VR but that didn’t work at all. In general, we tried different solutions. The only thing we were sure of was that we didn’t want video. Let’s face it, video in interactive documentaries often doesn’t work. People are impatient online. You need other ways to navigate the space,” she says.

A 3D scene from the documentary

Technically, the 3D scenes were realized with the use of a ZED 3D camera — a device that scans the space and the objects in it, adding depth sensing and positional tracking — and then animated in 3D thanks to Sketchfab.

The interviews go beyond the clichés of a documentary about drugs. Here, there are no kingpins à la Tony Montana. It’s quite the opposite, in fact. The documentary features students, professionals, vintage shop owners, and 60-year-old women. The Industry shows the entrepreneurial spirit and the humanity of these ordinary people that, for one reason or another, found themselves part of “the industry.”

“It’s probably one of the most classic aspects of this interactive documentary but I’m really happy with the audio interviews and the way they offer a new perspective on this Dutch phenomenon,” adds Mirka.

This article first appeared in Immerse on Medium. Immerse is an initiative of the MIT Open DocLab and The Fledgling Fund.