VRDays joins the ranks of the many festivals that moved online with a 2020 edition that promises to be “the most immersive” to date.

From November 4 to 6, VRDays, the Amsterdam-based festival dedicated to virtual and augmented reality, will open its doors to thousands of attendees from all over the world. Of course, the affair will entirely take place in a virtual setting. 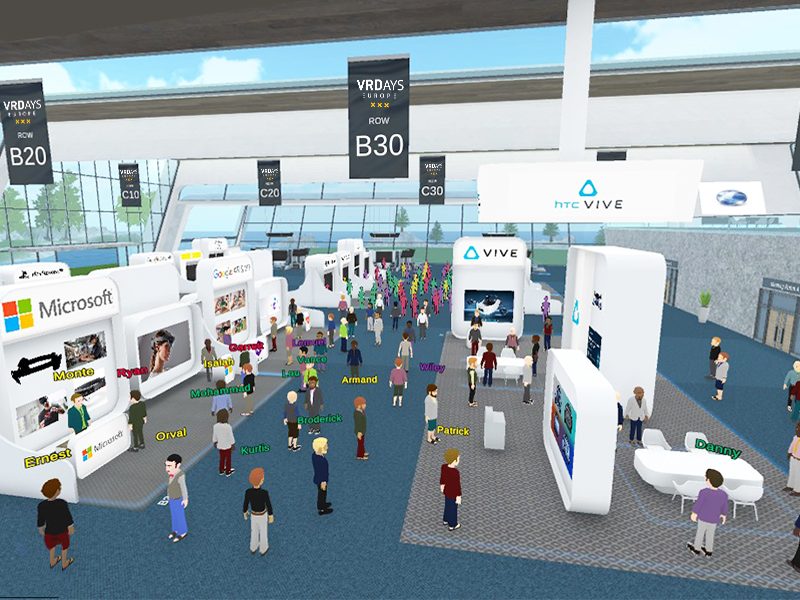 The virtual world of VRDays 2020

VRDays Europe was launched by Benjamin de Wit and Daan Kip in 2013 with the idea of bringing together VR and AR enthusiasts from business, science and the arts.

Over the years, the festival cemented its reputation as a compelling appointment on the Amsterdam creative calendar. Meanwhile, virtual and augmented reality evolved from niche ideas to much-hyped technologies.

2020 has been particularly eventful for virtual reality: Half-Life: Alyx arrived, the Quest 2 was released and, more in general, the pandemic forced dozens of businesses, from museums to travel agencies, to reboot themselves in the virtual realm.

Usually held across a handful of physical locations in Amsterdam, also VRDays had to rethink their festival in a virtual setting spanning across Vimeo, Zoom, a digital magazine, VR headsets and a fully-fledged virtual world built with virBELA, a company that sets up virtual spaces. 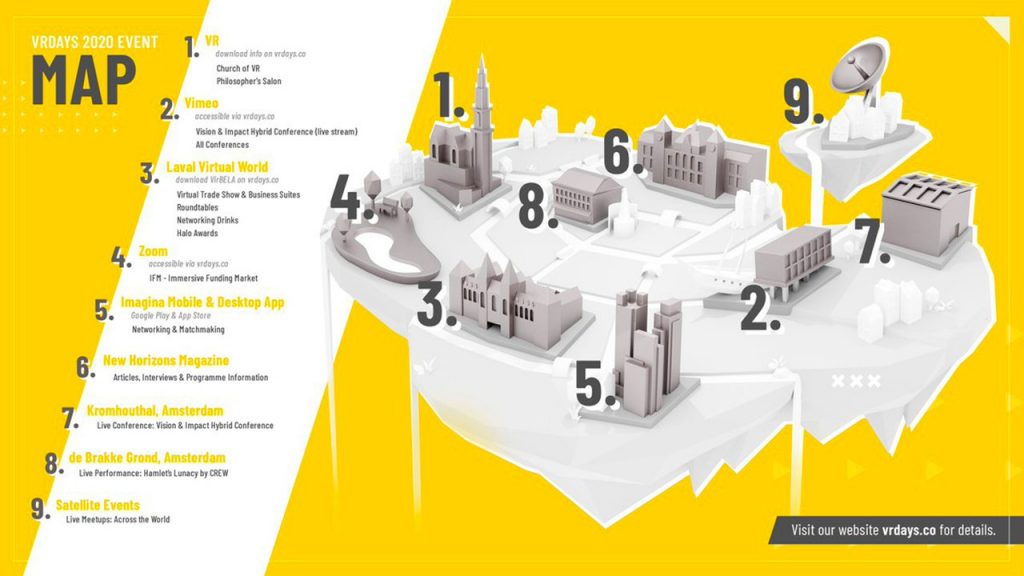 The festival’s lineup is quite thorough, featuring, among other prominent storytellers, Submarine Channel’s alumnus Michel Reilhac, The Imaginary Friend‘s director Steye Hallema and Sarah Wolozin, the director of the MIT Open Documentary Lab.