A couple of weeks before stricter lockdown measures were implemented in the United Kingdom, I visited the Tate Modern in London. There, in a somewhat peripheral room, I got to experience the marvelous All Kinds of Limbo, a virtual reality project by the National Theatre.

With our headsets on, we (it was a communal experience shared with other participants) embarked on a musical journey through the genres of reggae, grime, classical and calypso. Nubiya Brandon was singing. Raffy Bushman and the NuShape Orchestra were playing. We were dancing. I could see the other participants as tiny shapes of light. It was very emotional.

Now that dancing with others is out of the question across the globe, I wonder whether an experience akin to All Kinds of Limbo could be replicated from home. Everyone in their own room, with a VR headset on, dancing to exuberant tunes in the company of other white flames, fellow dancers.

Virtual reality seems an obvious solution to the current situation. After all, that’s the premise of Spielberg’s Ready Player One: as the real world becomes uninhabitable, humans take shelter in virtual reality.

In addition to music and live shows, we’re indeed witnessing to a new rush to VR technology in many fields, from sport to tourism. I’m a bit skeptical as “virtual reality” turned over the years into a terribly hackneyed concept, a bit like “blockchain technology” or “cryptocurrencies.”

However, amidst the fluff, there are some new promising developments in the field that I believe are worth a closer look. Maybe we just needed almost half of the global population in lockdown to push VR into the mainstream

There have been some clever VR games over the years but many others boiled down to gimmicky arcade shooters on steroids. Enter Half Life: Alyx.

In 2004, Valve’s Half-Life 2 revolutionized the world of videogames thanks to its bold storytelling, physics and graphics. 16 years later, Alyx wants to do the same for virtual reality.

The Washington Post’s Gene Park suggests that Half Life: Alyx may be for VR what Citizen Kane represented for cinema.

Most critics are equally enthusiastic about Valve’s latest release. Alas, I couldn’t try it yet as I don’t have any VR gear at home. And that’s the well-known entry barrier to the magic realm of virtual reality: it’s devilishly expensive. It’s easy to say that widespread lockdowns are fertile ground for massive VR adoption but let’s not forget that the pandemic is triggering a massive economic crisis, too. And VR headsets are definitely luxury goods. But if you’re equipped with VR gear, you’ll be happy to hear that, the same week Alyx was released, Fireproof Games brought to virtual reality The Room, probably the best puzzle game ever. Critics say it’s a great replacement of physical escape rooms.

(In all of this, I just downloaded Half Life 2 and started playing it again. It aged incredibly well)

The travel industry faces meltdown. Most planes are grounded, airlines are on the brink of bankruptcy, hotels are converted into hospitals.

For travel companies, virtual reality could be a way to keep the spirit of tourism alive until the storm of COVID-19 is over. From the depths of the oceans to the highest peaks, virtual travel can bring you literally anywhere.

“People have talked about [VR] for a while […] With Corona and people kind of trapped, this speeds up the process of bringing that to life,” said Eric Shepard, vice-president of Lonely Planet Ventures, the innovation lab of the travel guide publisher, to the Financial Times. 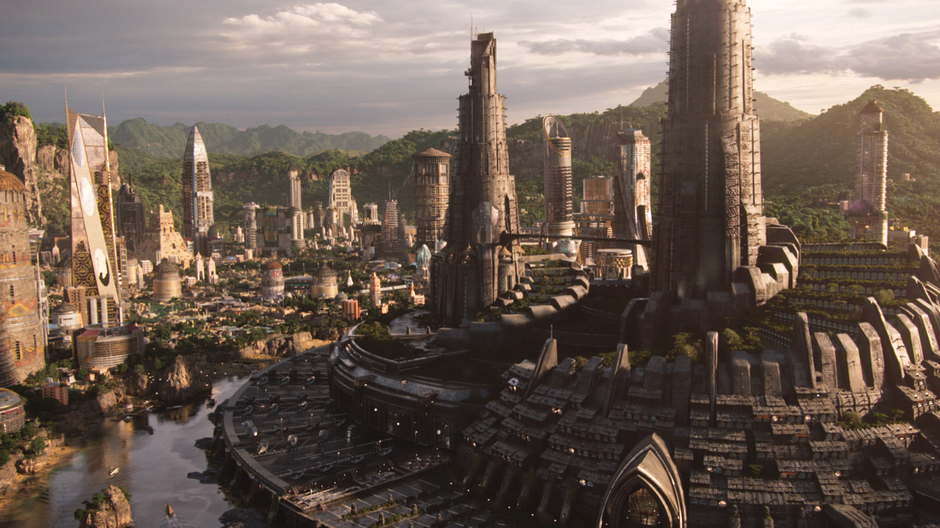 I guess it could work, at least for a while. But if VR really is the future of tourism, then I hope someone will use it to create entirely fictitious destinations. What about a business trip to Wakanda in search of Vibranium, a weekend camping in the prairies of Red Dead Redemption 2 or an honeymoon to the Island of Lost?

In case, we already got you covered with Submarine Channel’s travel guide to fictional places, it’s better than the Lonely Planet.

The “serious VR” aka all the ways the technology can be used to train people in all sorts of different professions. Premier League football players are using it to stay razor sharp during the quarantine time. Budding surgeons can use it to mimic delicate operations. The British army is exploring how it can be integrated into soldier training in a sort of real-life Call of Duty (the cooperation between armies and the entertainment industry is sometimes called “the military-entertainment complex”). Lastly, startup Strivr just raised $ 30 million to build a VR product that large companies can use to train employees remotely.

To sum it up, things are (once again) moving fast in the world of virtual reality. If this is just another fad depends also on when the pandemic will be truly over. Maybe in the future owning a VR headset will be like owning a car, something that is certainly expensive but that people buy nonetheless because they need it.

In that possible world, teleportation to a virtual realm will be worth more that physical transportation. Thinking about it, it’s not such a far-fetched scenario: the market value of Zoom, the remote conferencing app, is already higher than the market capitalization of any airline in the world.

In between halted productions and people stuck at home, the pandemic is changing the world of storytelling. This is the first of a series of articles that will explore new emerging storytelling trends and how they can help us maintain (an online version of) our social life. In the end, stories are about sharing and making sense of the world we live in together.
Credit header image: Valve