Have you ever had the impulse to answer with a “LOL” in a real-life conversation? If the answer is yes, these short films that were made entirely with screen captures from mobile phones might be #yourthing. This is the first article in a new series on “desktop filmmaking.” 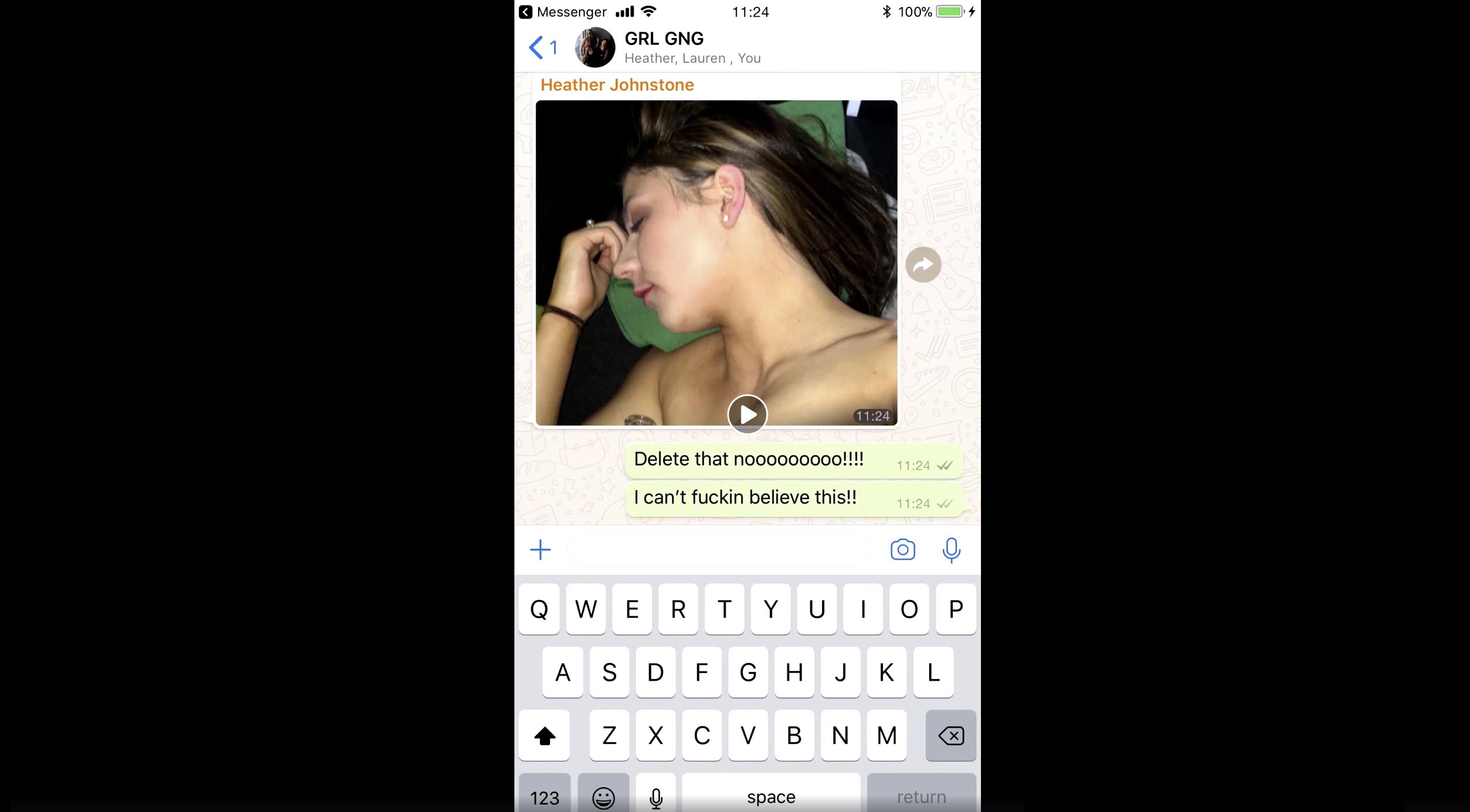 The words “googling”, “tweeting” and “hashtag” are just a handful of terms taken from social media that have become part of our everyday lexicon. The advent of the internet and the omnipresence of mobile phones have changed every aspect of the human condition, from the way we work and spend our money to the way we talk and have sex.

Since the adoption of agriculture, to the development of medicine, technology has always helped shape human evolution, and we’re just realizing the impact the digital age is having on our species.

Even something as innocuous as an emoji is leaving its imprint. According to a 2013 study published in the journal Social Neuroscience, the human brain has adapted in the last couple of decades to react with the same neurological response to emojis as it does to real facial expressions.

Art, as our most sophisticated means of expression, is of course also deeply affected by technological advancement. The rules of cinema, for example, have gone through a gradual and constant revolution tied to our progress in the fields of optics, mechanics, electronics, and chemistry. From black-and-white photography to digital cinematography, from bulky, heavy cameras to slick devices you can carry in your pocket, the art form has suffered a shakeup almost every decade.

We never get to see the gadget itself, or cut to the outside world, the whole thing happens on a screen

Not every new technology pushes the medium orward though. Does anyone remember Smell-O-Vision or Interfilm? The line between a legitimate game-changing invention and a gimmick is a fine one to walk, and among all the technological progress there has been a fair share of flops.

The “computer screen film” or “desktop film” is a new kind of movie, one that takes place entirely inside the margins of a software interface. We never get to see the gadget itself, or cut to the outside world, the whole thing happens on a screen, cursor movements, typing sounds, and notifications included.

The art of cinema was born with the short film. The lack of commercial pressure and the lower costs in comparison to features have always allowed artists to experiment with new techniques and break the barriers of film form. 2D and 3D animation, color photography and countless other advancements we now consider essential elements of cinema all appeared for the first time in short films.

Today, shorts are the vehicle where artists are perfecting the language of the “desktop film”. Here are five of the most well-executed examples of this new technique. What do you think, legitimate revolution or a fad worse than Astrocolor?

*Disclaimer. All of these films contain NSFW content. Four out of five films are optimized for viewing on mobile phones.

Written and directed by Kurt Platvoet and produced by Dutch broadcaster VPRO, the short is a very accurate portrayal of contemporary life. Mark is on a boring commute after work and we get a glimpse of his life through his interactions on iMessages, Instagram and Happn. It shows both how frenetic and deceiving digital socializing can be.

Produced and directed by Louise Thornton, Kidder depicts 12 minutes in the life of “Kidder” as he texts and talks to friends through a flurry of social platforms. What seems like an innocuous slice of his life actually reveals a tonne of his personality and his current state of mind. The film effectively explores love, the fear of growing up, the current job crisis and some existential angst for good measure. Excellent use of the technique to render character development.

Written and directed by Walter Woodman and Patrick Cederberg as a class project when they were film students at Ryerson University, Noah tells the story of the very millennial breakup between Noah and his girlfriend Amy through Facebook. It’s an exploration of how technology can influence our social life and affect communication with the people around us. Funny, relatable and poignant. The film was also one of the inspirations for the Modern Family episode “Connection Lost.”

Maya wakes up to more than just a hangover after a night out. Who would do this to her?

Produced and directed by Gill Davies for BBC’s The Social digital platform in Glasgow, this short film tells the cautionary tale of a young teen shamed after a night of heavy drinking. Written by Cat Hepburn, the story plays out from the perspective of a woman, which sadly, still at this day and age is a rare occurrence in entertainment.

Directed by Mishka Kornai and Zach Wechter for production company Pickpocket TV, the film follows the everyday trials and tribulations of an ordinary teen in high school. Classes, bullying, partying, having their first intimate experience, Pocket is a meditation on how much of young people’s lives happen inside their mobile phones in the digital age.

Benjamin is a writer, self-taught filmmaker, 3D artist and cook extraordinaire. He has worked in feature animated films, indie video games and is currently a contributor to Australian digital publishing company Conversant Media. In love with all good sounds from Bach to David Bowie, he writes first drafts on paper, hates smartphones and wants to learn to play the guitar someday. For years, Benjamin has worked in his spare time on his personal project “Servicios Públicos” a sci-fi dystopia about tyrant states, overpopulated Latin American cities and some damn awesome robots. Find him on Twitter @iampineros