YouTube is filled with fascinating, mind blowing video-essays on films and popular culture. But it can be challenging to find these gems in the sea of mediocre content. For great creatives to get noticed, they need to upload regularly, preferably a couple of times a week. Video-makers who do not meet the demands of the YouTube algorithm might fall between the cracks, never to be noticed by a large audience. But don’t worry, true believer! This human curator selected five YouTube channels that are worth your time.

These essays give great insights into the art of filmmaking and storytelling. They are thought-provoking; they offer new perspectives or possible answers to interesting questions. I find them inspiring and they help me deal with my own creative issues. 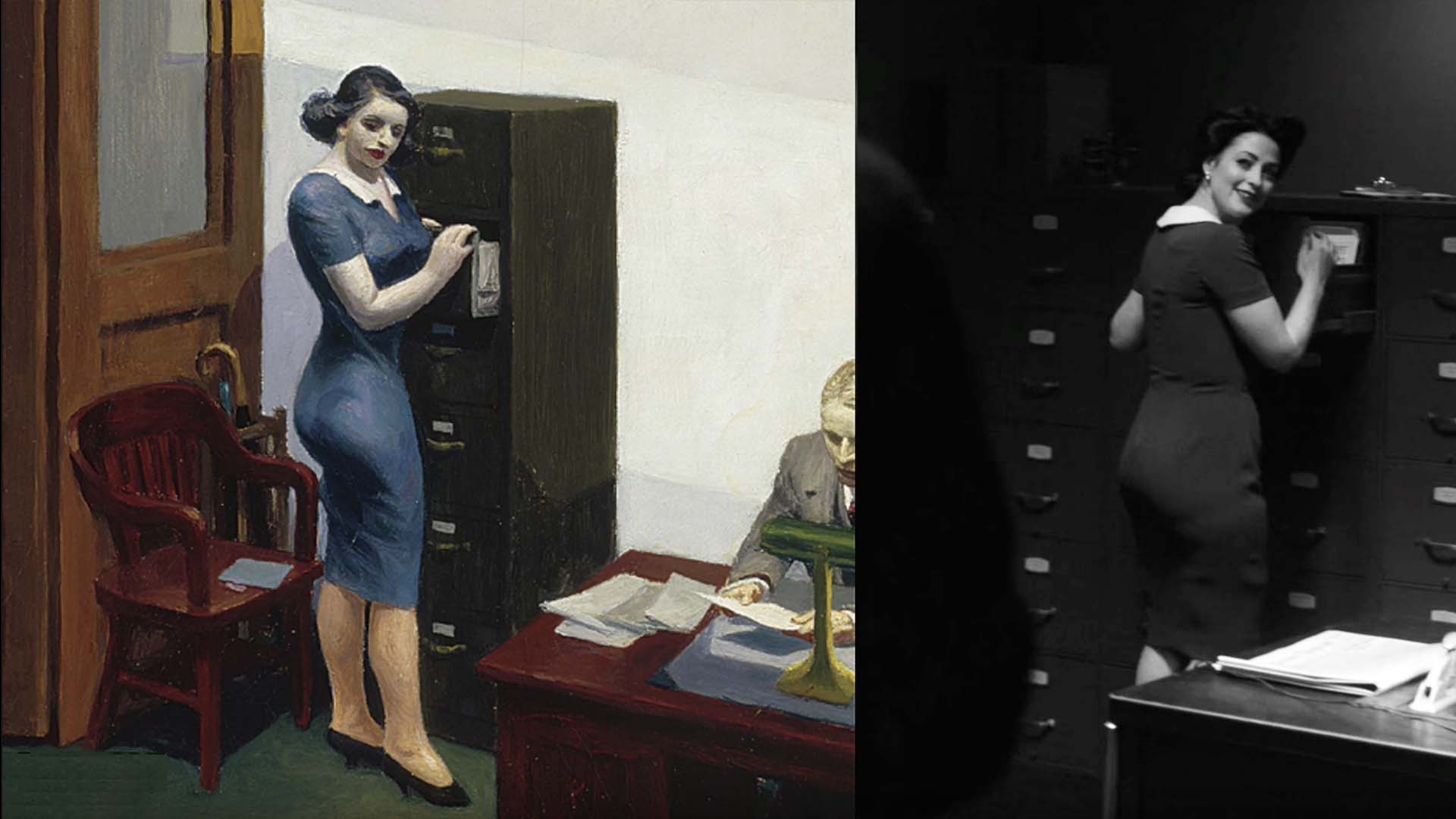 The Discarded Image is an online video series created by Julian Palmer that deconstructs well-known pieces of cinema such as the films of Quentin Tarantino, Alfred Hitchcock and David Fincher. The essays are centered around a particular theme, such as the use of pop music in David Fincher films. Palmer doesn’t upload on a regular basis and has only produced 18 videos as of this writing, but all essays are very insightful and entertaining to watch.

I especially liked this one on Jonathan Glazer’s ‘Under The Skin’, in which Palmer breaks down how the director puts the audience in an alien’s perspective, experiencing the world from the point of view of an outsider.

A good introduction to The Discarded Image is this essay about Tarantino’s use of violence in his movies:

Every Frame A Painting

Every Frame A Painting offers a wide variety of essays about film form. The videos are written and edited by animator Taylor Ramos and editor Tony Zhou. Unlike a lot of other essayists, they do not concentrate on story and character, but on film form by focusing on a particular clip, scene or technique. Therefore the audience can easily follow the essay without having to have seen the movie that is mentioned. This way, the essays of Every Frame A Painting function a straightforward learning tool.

Sadly, there hasn’t been a new video on this channel for over a year. In this post Ramos and Zhou explain why they started the channel in the first place and why they stopped making essays: ‘When we started this YouTube project, we gave ourselves one simple rule: if we ever stopped enjoying the videos, we’d also stop making them. And one day, we woke up and felt it was time.’ The post in itself is worth a read for aspiring YouTubers because Ramos and Zhou are talking about how to deal with YouTube copyright restrictions, their workflow and how the form they chose for their essays ultimately became very restrictive.

Even though Every Frame A Painting has ended, the small body of essays are definitely worth a look. Check out this wonderful tribute on the way the late Robin Williams used movement as a way to express character:

As of this writing, NerdWriter Evan Puschak has 228 videos under his belt and is still going strong. He’s a very prolific essayist that publishes a new video regularly. In his essays Puschak talks about movies, but also tackles numerous other pop-cultural subjects such as how Fleetwood Mac creates a song, or how to design a comic book page (https://www.youtube.com/watch?v=1dQEfL2BfUM). All videos are well crafted, insightful and well researched. NerdWriter might be the best damn channel on YouTube at the moment.

Puschak often focuses on a particular film, tv-series or filmmaker, concentrating on a central theme. For instance, he uses ‘Ghost in the Shell’ as an example of what can go wrong when you adapt an anime into a live-action movie. Puschak has strong opinions you don’t have to agree with, but because he expertly explains his reasons and train of thought, you always understand where he’s coming from and why he came to certain conclusions.

I especially like Puschak’s explanation on why Zack Snyder’s superhero movies do not work and frankly give me a tremendous headache:

Now You See It

Now You See It is the YouTube-channel that Jack Nugent started in 2015. Since then he published a little less than 50 essays in which film themes and tropes are explored. ‘It’s like a college film analysis class minus the lecture halls, essay assignments, and student loan debts,’ as Nugent describes his body of work.

Nugent answers questions like: what makes a movie scary, how to end a movie, how to break the fourth wall or what makes sequels good? But also deconstructs specific storytelling techniques unique to cinema such as the use of the Dutch Angle, long shots and how settings can function as characters. Sometimes Nugent sidesteps into making videos on the workings of political campaign ads or an analysis of Dave Chappelles stand-up routines.

His latest video as of this writing, on the origins of the Dutch Angle, is one of his best:

Video-editor and movie-expert Menno Kooistra runs the VoorDeFilm-channel. Roughly translated the title means: BeforeTheFilm or ForTheFilm. Kooistra makes thematic mash-ups and video-essays, with a flair for the poetic. Kooistra tackles particular movies like ‘Almost Famous’, ‘Martyrs’, ‘The Brood’ and ‘The Big Sleep’. He also makes 1-minute videos in which he mashes up films that are thematically related, like terror clowns in movies or films about the American President.

Some of the videos are commissioned by VPRO, Cinema.nl or the Imagine Film Festival. Kooistra started out in Dutch and now only makes videos in English. For the essays Kooistra often collaborates with others. Together we have made a couple of episodes, with me presenting and Menno editing my ramblings into a comprehensive whole.

I particularly like his essay on Thelma Schoonmaker. She has been the editor for Martin Scorsese for four decades. This very skilled editor is as much responsible for the success of these films as the director, and Kooistra’s video essay makes clear why.

But as an introduction to VoorDeFilm I’d like to recommend this excellent and smart essay on the Art of David Lynch: