“My eyes are burning,” exclaims immersive storyteller Céline Tricart, only half-joking. When I call her, she’s in the midst of her work as head of jury of Venice VR Expanded, the virtual reality section of the Venice Film Festival.

“I’ve been watching VR for hours on end. It has been great but it’s taking a toll on my eyes,” she says.

“There are more and more longform VR experiences featuring full-fledged stories” comments Tricart when asked about this year’s line-up, “I think it’s a sign the medium is maturing. Virtual reality is leaving childhood behind and entering its teenage years. We had enough demos and tests. It’s time to rebel and push the boundaries of the medium with more finished and polished pieces!”

To continue with Tricart’s metaphor, virtual reality has always been touted as a child prodigy destined to change the world. For years, it was hailed as the future of cinema, gaming, journalism, pornography, medicine, corporate training, warfare and, well, everything else.

“VR is not the future of anything, it has its own future,” cuts to the chase Tricart.

“There has been a lot of exaggeration about VR,” she adds, “paradoxically, it doesn’t help the medium to emerge. I think we should be more careful with the words and figures of speech we use. There was a huge hype around VR between 2016 and 2019 but the bubble burst. Nowadays, we’re getting back on track, the field has a sustainable growth and the technology is being successfully used in many different ways.”

From surgical training and PTSD treatment to documentaries like Traveling While Black and games like Half-Life: Alyx, it seems that virtual reality is indeed starting to deliver on its promises. It might not be the future of everything but it certainly looks like a technology with many applications.

“VR is like a language, how you use that language is up to you. It’s like with a 2D camera. You can make a documentary or a feature film or a training video or a commercial,” comments Tricart.

The selection of Venice VR Expanded reflects the medium’s versatility, running the gamut from political satire to fairy tale, from animation to live-action.

“It’s challenging to judge works that are so different,” says Tricart, “And I can imagine it can be confusing for people that are just having their first experiences in virtual reality. They watch one piece and they think ‘ok, this is VR,’ but then they watch something else and it’s completely different. After having watched a couple more pieces, they have no idea what virtual reality is anymore.” 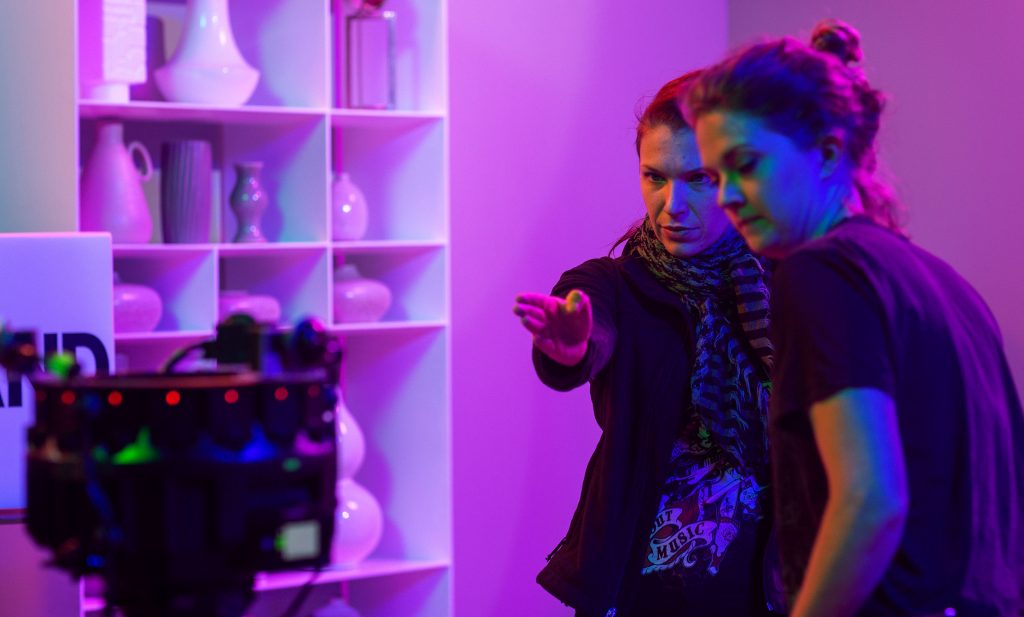 That’s actually a good question: what is virtual reality? Computer scientist Jaron Lanier, usually credited as the technology’s founding father, threads his book Dawn of the New Everything with more than 50 definitions of VR, including “the science of comprehensive illusion” and “the medium that can put you in someone else’s shoes.”

My favorite remains the very first definition he gives:

“VR is a twenty-first century art form that will weave together the three great twentieth-century arts: cinema, jazz, and programming.”

The definition highlights artistic virtual reality as a medium where people with different artistic backgrounds can converge and work together beyond the conventions and tropes of their media of origin.

Of course, it’s not always easy. “Sometimes filmmakers find it difficult to free themselves from certain rules,” says Tricart, “often I watch some VR experiences and I think they’re good but they’re too conservative. However, I do acknowledge that it’s difficult to go beyond the conventions of the medium you’ve been working with for years.”

“That’s also why I’m very curious about the makers of tomorrow, the teenagers of today. They can approach virtual reality with fresh eyes and truly explore the incredible potential it has to offer,” she concludes.

Read on! Enjoy our interview with Oscar-winning director Asif Kapadia (Amy, Diego Maradona, Senna) about virtual reality and his next project