Han Hoogerbrugge’s internet adventure started at the end of the 1990’s, when the artist and illustrator downloads a GIF-animation program. He dropped some images into it and, voila, his first animation. His online hit GIF animation series Modern Living/Neurotica followed soon after. In the early 00’s, Submarine Channel commissioned Hoogerbrugge to create an animated series. This became the now classic interactive comic series HOTEL.

Han Hoogerbrugge’s main character is himself – or rather, a warped, twitched and confused reflection of himself. His existentialist views on life in the western world are laced with offbeat humor. His animations are ironic and sarcastic. Nothing is what is seems in Hoogerbrugge’s universe. But in a strange and contradictory way, that is somewhat of a reassurance…

Can you tell us something about Hotel?

I was asked if I’d be interested in making a long story for Submarine Channel. But long stories are not really my thing. I wanted to hold on to the idea that, on the web, the way you watch something is different. I myself don’t have the time to follow a long story on the web. I want to watch something short and move on. Hotel tells the story of Doctor Doglin, but you can also wander through Hotel without having to follow the main storyline. I made it for someone like me. 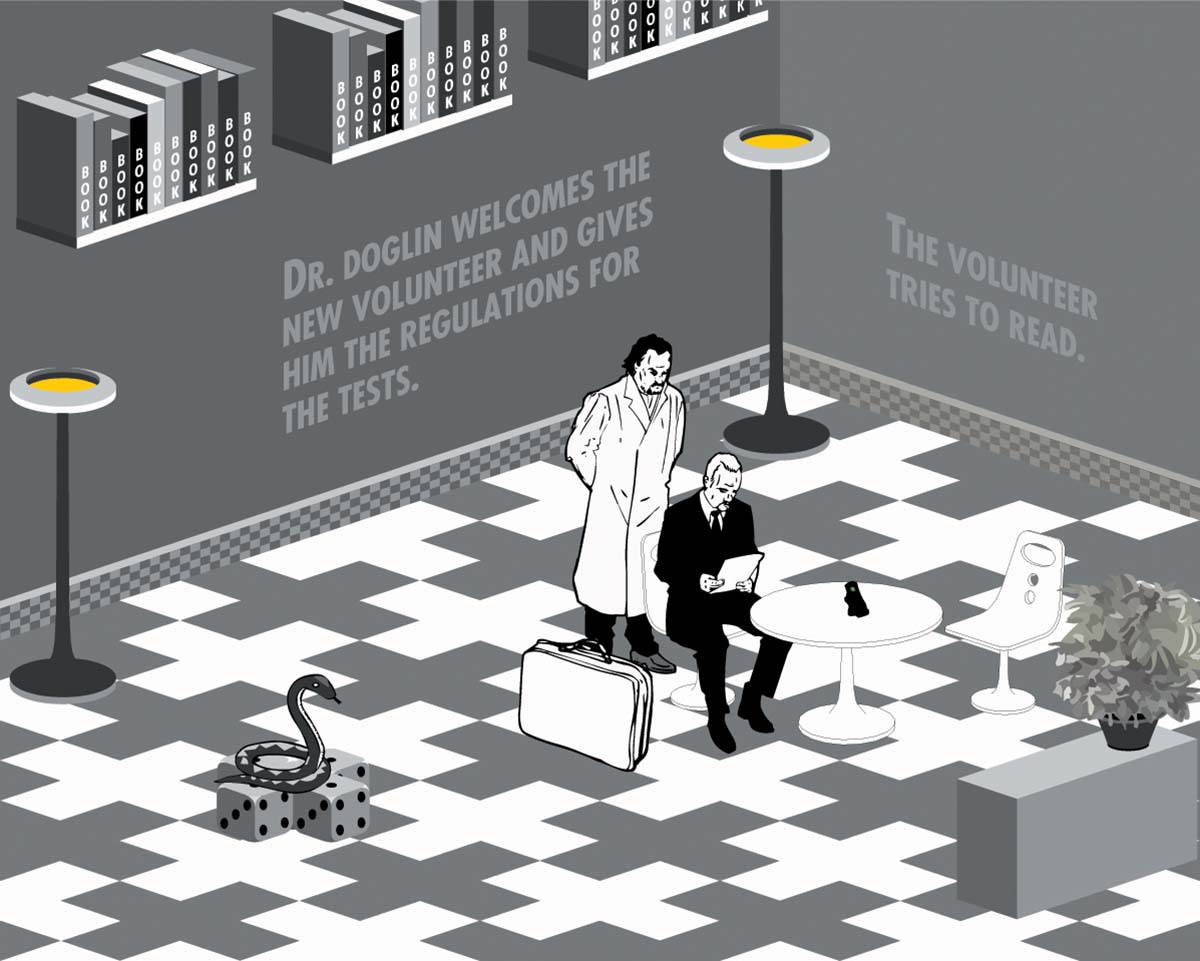 There are many ways to experience Hotel. It’s a deeply multi-layered adventure.

I made it that way because I think that every 10 seconds something visually interesting should be happening, but the problem is that if you want to tell a long story, you have to deal with a lot of story elements that are not very interesting in itself. It’s the same with action movies. The biggest part of the film is not the action. You’re introduced to the characters, you need to get interested in them, get to know them a little before you get to the action. I don’t think that would work on the web, it would take way too much time. On the web, things need to be short. I also realized that the story of doctor Doglin wouldn’t further a lot of interesting animation. I really felt that I needed the other characters to make the story and the action interesting enough.

The story of Hotel is told mostly through visuals. How important was text and dialogue?

You need text to create some sort of reference, and that’s exactly how I wanted to use it. Not as some amazing literary feat. So I deliberately limited myself, because I didn’t really want the characters to have actual spoken dialogue. I had to somehow visualize the story. The small snippets of text that I needed for the story to progress, I wrote on the walls of the Hotel. I also came up with the idea of integrating a comic into the animation to add an extra element of text and story. And also because it’s fun to combine several different media. 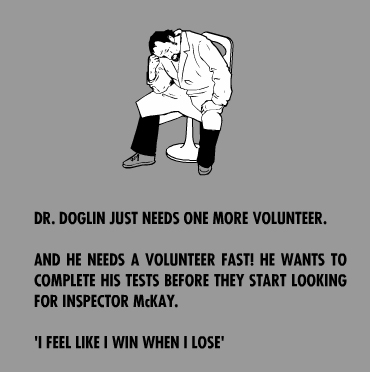 How important is humor?

For me it’s very important to seduce people to enter my work. The humor in my work has to do with that. It doesn’t have to always make you laugh, but humor is a good starting point to make my work more approachable.

Can you tell us something about the characters in Hotel?

Inspector McKay is played by Wim de Bie (ed. Dutch comedian, writer and blogger). He’s a tall man who can provide an authoritarian presence if he wants to. I could never cast, let’s say, a short guy in jeans for that role. For the part of the Dr. Doglin I needed someone who had all the major characteristics of a doctor. But I didn’t want a nice person, I was looking for someone a little odd. Same goes for the Hotel guests. The first guest I play myself. The third guest, a woman, had to have an air of mystery about her. 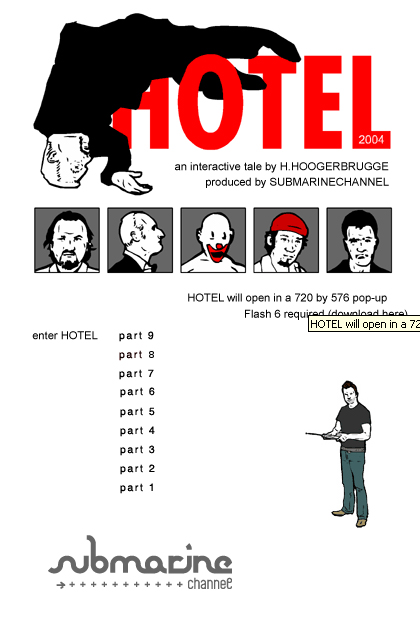 Most characters are friends and acquaintances. The waiter is a mime artist. He’s used to being in front of the camera and that makes it easier. Some people are easier to draw than others.

It’s hard to say but I guess it has to do with the way they carry themselves. Sometimes you can capture a person in the way they move. But some people are too self-conscious in front of a camera so they’re not being themselves. The first recordings of the doctor had to be done over and over. Now he just dons his lab coat and does everything right in just one take.

Can you explain how you turn the video into animation?

I load the video into my PC and I pick the stills that express the movement that I’m looking for and then trace those. It doesn’t matter if one draws by hand or uses a PC, every frame needs to be drawn. The advantage of working this way is that it’s easier to get the movements right, which saves me a lot of time. 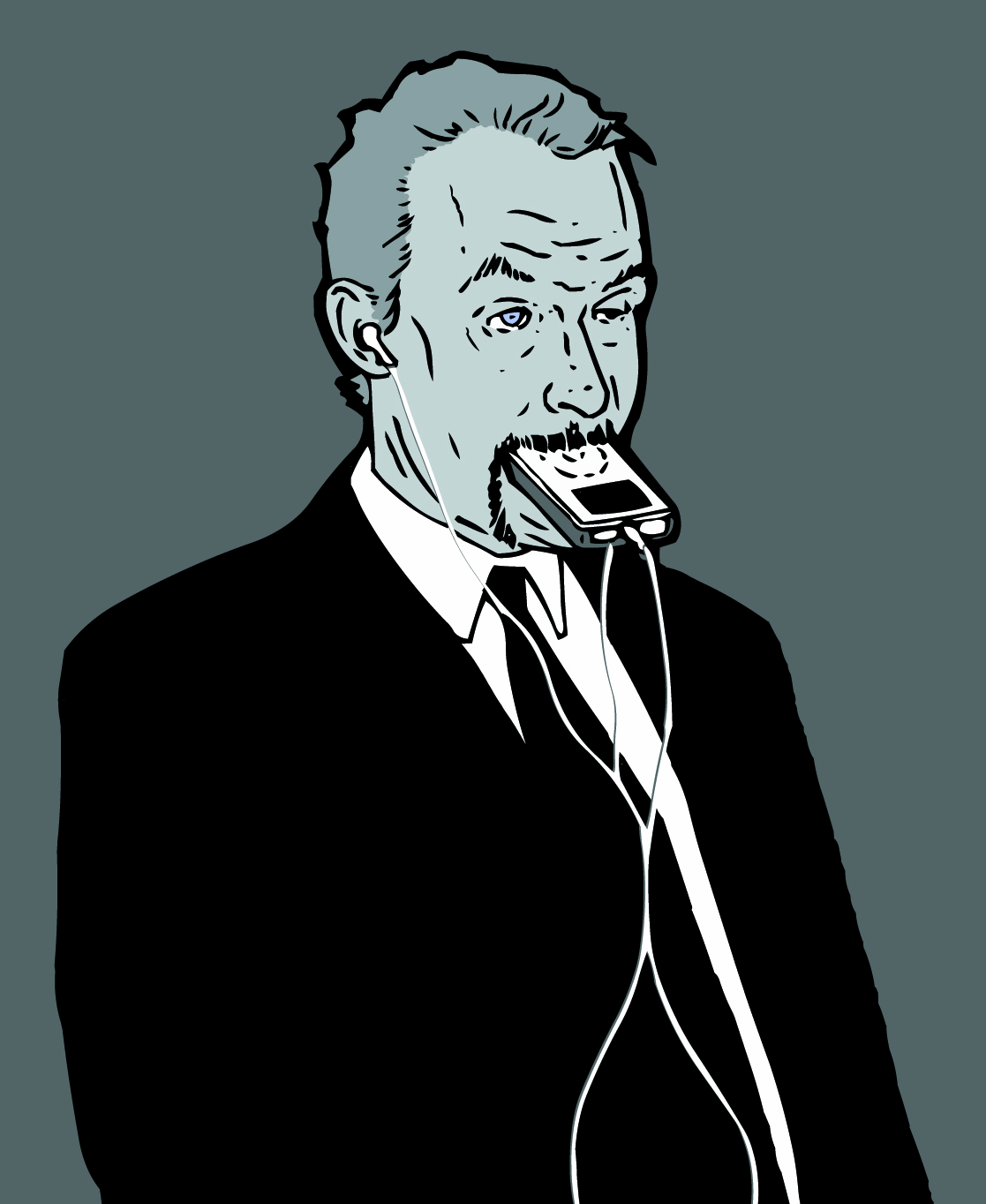 Where does your fascination with neurosis come from?

That came from from the first animated series I did, Neurotica, back when 28k modems were the standard. To keep the file size low meant that I had to make very short animations. I wanted the character to make funny gestures and moves. If you loop those movements you’ve got neurotic behavior. Nowadays we don’t bother about file size limitations anymore but I still use these repetitive movements and gestures because it works so well. I like creating a character that is completely self-absorbed, someone who’s keeping himself busy with something utterly stupid. The fact that he keeps repeating himself emphasizes the stupidity of it.

I never called it neurosis myself, I prefer to use the word Neurotica – erotica of a neurotic person. The character in Neurotica is not a person suffering from an actual neurosis, but it’s more like… you know, when you’re bored and you’re just sitting around doing something and suddenly you wonder what the hell it is that you’re doing. It’s like lip syncing in front of the bathroom mirror. You only do that when no one else is around to see you. Or picking your nose. Private stuff.

Is that why you started out using yourself as a model? Because some things are too embarrassing to ask someone else to do?

For sure. But also because I wanted to have a regular character. I wanted to see what it would be like to see a comic book character age over time. You can see my character getting older, the hair is thinning, and he’s gaining weight. Some day there will be a moment when this character is no longer around because he’s dead.

But still you look different from your character.

That’s because I never wear a tie. Maybe if I would dress exactly like I do in my drawings. In my drawings, my hair doesn’t have any color, it’s always white. Because in the end, it’s just a character.

In your work, are you trying to comment on the zeitgeist?

I always try to create a kind of time capsule. What I’m hoping for is that, in twenty years time when you see my work, you’ll think of it as very twenty years ago. In a way, I want the events of 9/11 to be reflected in the characters’ actions. I want to tap into a kind of universal feeling that people can relate to because each character is the expression of someone who’s living in this age and time.

But Han, most artists want to make timeless art!

Something that is modern now can also be timeless. One does not exclude the other. Take Rembrandt’s Nightwatch for example. We don’t know who those particular people in the painting are. But I do believe that you can identify with the characters in one way or another.

In terms of atmosphere, the films of Tarantino and David Lynch. But in general, I’m much more inspired by artists like Damien Hirst and Matthew Barney than by any particular film. The same thing goes for music. I’m currently going through a personal Depeche Mode revival period.

In terms of drawing style, have you heard of Winsor McCay? He’s known for his comic Little Nemo. He’s a brilliant comic artist. During those first 5 years of making Little Nemo he single-handedly invented all the basic rules of comics. Those rules still apply, even today.

McKay never made any long stories. He made short stories that always ended the same way. It’s the same with my animations. Things never really changed from the very beginning. I just make variations, which is something that McKay did too. He made a series called Little Sammy Sneeze, about a little boy who sneezed so hard that everything around him would fall apart. You know what’s going to happen, but you don’t know how and that’s what makes it interesting.

McKay was also a pioneering animator. He made one of the first animated cartoons called Gertie the Dinosaur. He took his animation on the road to tour with his vaudeville act. He was a masterly artist who could draw everything from heart and he was an incredible workaholic. If there was someone from the past that I could talk to, it would be him.

What would you ask him?

I wouldn’t ask him anything, really. I would just buy him a drink and try to find out what kind of person he is. 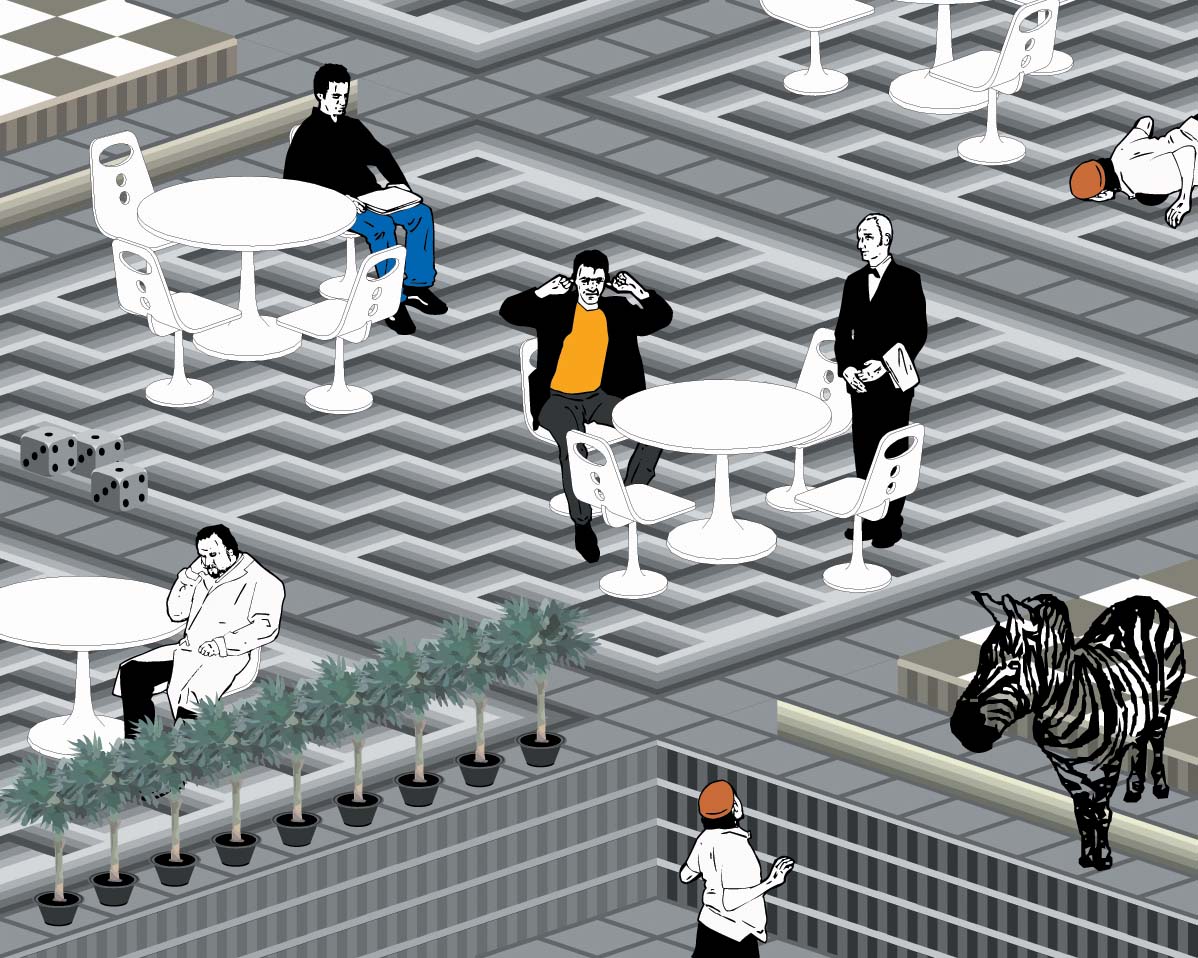