Tenet is “virtual reality without the goggles”

Tenet is “virtual reality without the goggles”

/Davide/ “Don’t try to understand it, feel it,” Clemence Poesy’s scientist advises John David Washington’s The Protagonist at the beginning of Tenet.

The warning has been embraced as a mantra to navigate the palindromic world of Nolan’s latest head-scratcher by many movie-goers, myself included. What Clemence Poesy seems suggesting is to stop chewing over the convoluted plot and just enjoy the repeated assaults of visual exuberance the film brings forward.

“Feel” can also be used as a keyword to decipher the, emh, tenets of Nolan’s filmmaking in general. 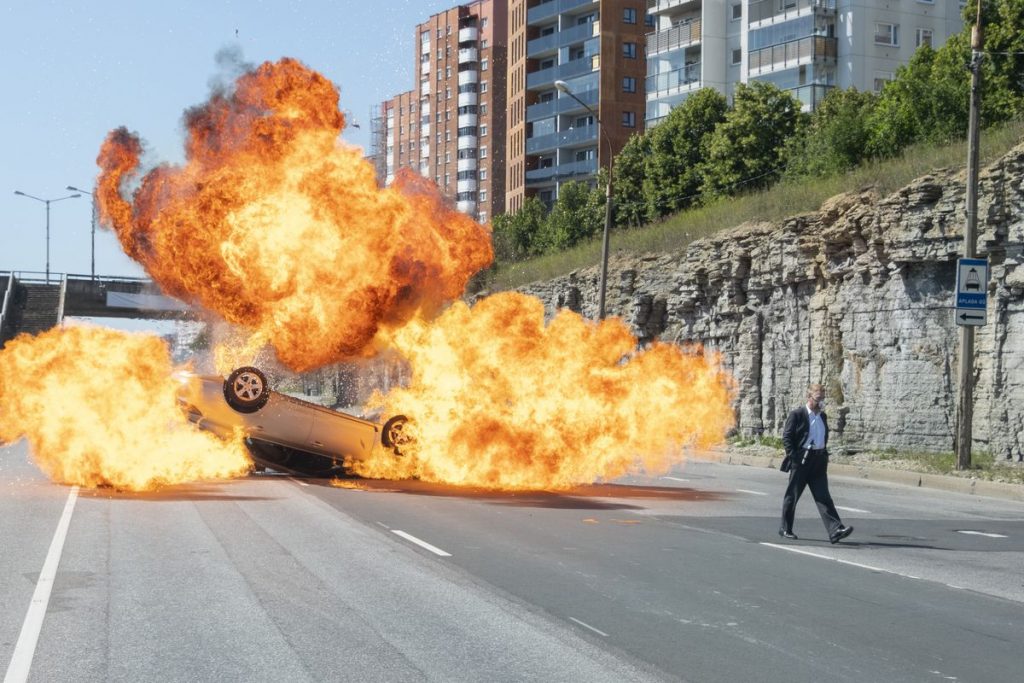 Nolan is often considered a cerebral, cold director. And that’s pretty much true. At the same time, most of his productions feel very visceral and tactile, as if you could almost touch the many explosions (or, in Tenet’s case, implosions) that constellate his films if you just stretched your arm towards the screen. It’s a heightened sense of immersion that permeates his work.

Discussing his masterpiece Dunkirk, Nolan defines this quest for immersion as trying to “create the sensation of virtual reality without the googles.” To do so, I think he mainly relies on two core strategies:

The English director’s penchant for blowing stuff up for real is epitomized by the airplane crash in Tenet. Nolan purchased an actual Boeing 747 just to run it into a building in a display of explosive extravaganza. And, according to the director, it was cheaper than doing it in CGI.

2) He experiments with large formats. Nolan pioneered the use of Imax 70mm cameras in The Dark Knight. In Nolan’s words, the large format “has this extraordinary power in terms of how deeply it can take the audience into the story.”

Imax cameras are heavy, difficult to maneuver and noisy but this didn’t stop Nolan and cinematographer Hoyte van Hoytema from pushing their use to the extremes in Interstellar, Dunkirk and Tenet (including strapping one to a plane and sinking it into the sea).

This article is part of Submarine Channel’s interactive review of Tenet. You can start exploring it here.