Yesterday night, I had a couple of pints at my local pub. Earlier, I joined the graduation ceremony of a dear friend of mine. In a few minutes, I think I’m gonna check out a new library. I live in London, a city which is currently under lockdown because of the COVID-19 pandemic, so I have to do it all without leaving my bedroom. Thank God, there’s Minecraft.

Minecraft isn’t just the best selling video game of all time (around 180 million copies sold since its release in 2011), a global phenomenon (more than 100 million monthly active players) and a business juggernaut (Microsoft bought Mojang, the Swedish studio which developed it, for $ 2.5 billion in 2014) but also an ever-expanding virtual world bursting with live.

“Gamers unite…separately in your own homes!”
[Tagline added to Minecraft’s homepage to inspire social distancing]

“Reality is a scarce resource,” quipped media critic James Carey. But not on planet Minecraft. Here, new reality is continuously mined and crafted. The Uncensored Library on Minecraft by Reporters Without Borders

Minecraft is a sandbox video game, meaning that players have the ability to create their own game environment. Think of a digital Lego on steroids. There are different ways to run it: you can play it in survival mode—trying to amass enough resources to thrive in a new world—or with unlimited resources, building truly magnificent things. Players can bend the game mechanics creating their own mini-games, too (what about a blocky Grand Theft Auto?)

You can enjoy this wealth of possibilities alone but also in multiplayer, embarking on pixelated escapades with friends or random people. A big part of the magic of Minecraft lies in its conviviality. Often, players use it to socialize, as a sort of hybrid between a social media platform and a videogame.

“The majority of [American] kids 9-12 years old are users of Minecraft […] who hang out there with friends after school,” writes journalist Eric Peckham in a recent article for TechCrunch. Since social distancing is likely to remain a global mantra for several months, Peckham believes that we’ll see this trend “expand to older demographics more quickly than it was going to before.”

With billions of people in lockdown across the globe, an online, Minecraft-powered version of social life takes off.

Cian Maher is an Irish journalist and the inspiration behind my idea of setting up a virtual pub to hang out with my friends. Together with four pals of his, he recreated a replica of Smyth’s—his favorite pub—block by block in Minecraft. Cracking cans of Guinness in front of their screens, they played together, enjoying some quality time. “It’s just you and your mates,” writes Maher, “cracking blocks with pickaxes, falling 8km into molten lava pits, and sharing a few lovely beverages with one another regardless of how far apart you are in real life.”

“Honestly, my nights out in Minecraft Smyth’s so far have been some of the best I’ve had in a long time,” he concludes.

my local, smyth's, is coming along nicely. there's even some lad standing on a table next to the jukebox pic.twitter.com/Y5SECG08bo

The graduation ceremony of a very good friend of mine got cancelled because of Coronavirus. He was resigning himself to the prospect of celebrating it alone when he bumped into an article about some Japanese kids who built their own graduation ceremony on Minecraft, inclusive of mini virtual diplomas. Beware: it’s heartwarming and sad in equal parts:

(In case you wonder, my friend’s virtual graduation ceremony turned out to be more similar to a booze-fuelled night at Smyth’s than to the very cute and sober ceremony performed by the Japanese kids).

Beyond virtual graduation ceremonies, Minecraft has been used to gamify education for several years. Now that schools shut their doors in over 160 countries, Microsoft made 12 Minecraft’s educational worlds available for free in a bid to make distance learning more engaging. 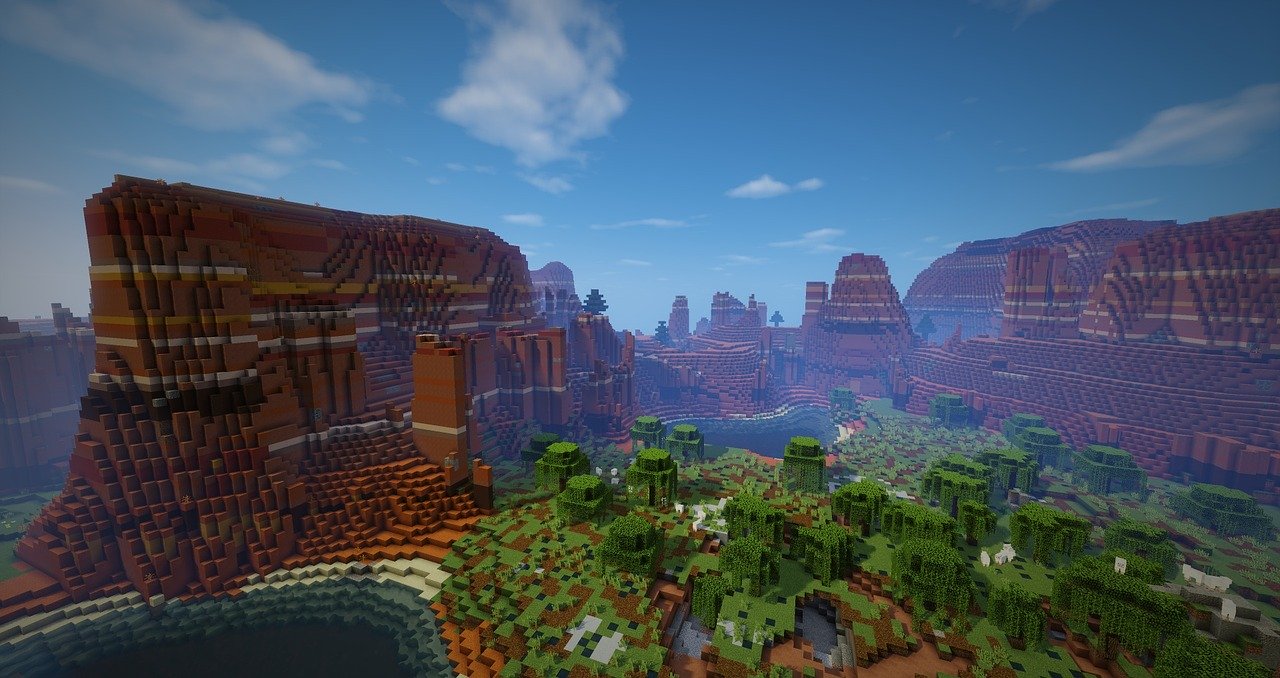 Speaking of education, I mentioned that I was about to check out a new library, didn’t I? Well, the fine cultural establishment I was referring to is The Uncensored Library, a mighty Minecraft creation built by Reporters Without Borders and inaugurated earlier this month.

In the monumental building, visitors can read censored news articles written by journalists who have been exiled, jailed or killed by governments, including stories by Jamal Khashoggi, the Washington Post columnist assassinated at the Saudi consulate in Istanbul in 2018.

Media outlets can be banned, journalists can be persecuted but blocking one of the world’s most popular enterteinment products is a totally different ball game. Exploiting this sort of loophole, Reporters Without Borders smuggled censored journalism into the world of Minecraft, and therefore into the physical world. 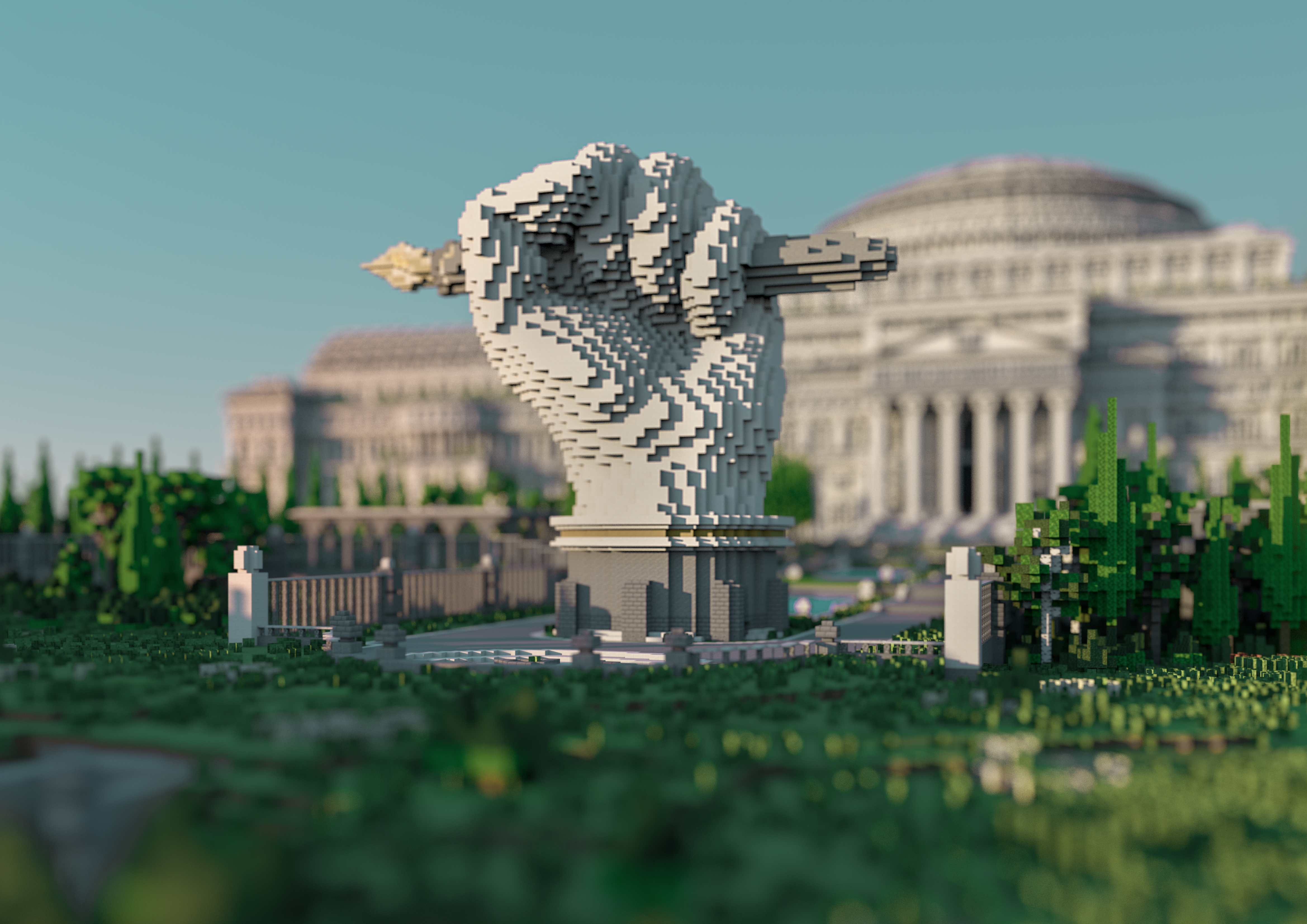 The Uncensored Library by Reporters Without Borders

We could discuss at length how Minecraft and other gaming’s worlds like Roblox and Fortnite (and many other platforms that are just getting started) are likely to become the social media of the future, allowing people to socialize while playing casually together, much like an immense virtual playground for peoples of all ages. If you want to know more about this topic, the above mentioned Eric Peckham wrote extensively about it for TechCrunch.

What is certain is that in these difficult, precarious times, gaming’s virtual worlds offer us the opportunity of being social while social distancing. Even more: they’re the places where the human ability to adapt to any circumstances shines in all its glory.

Just have a look at this new, honorably deranged project, inspired by a simple, Borgesian idea: “Would it be possible to create the entire Earth in Minecraft?.” Yes, that means on a 1:1 scale. A perfect clone.

As one of the comments under the YouTube video goes, “literally a week into the quarantine and we’ve already replaced the outside world.”

In between halted productions and people stuck at home, the pandemic is changing the world of storytelling. This is the first of a series of articles that will explore new emerging storytelling trends and how they can help us maintain (an online version of) our social life. In the end, stories are about sharing and making sense of the world we live in together.