Interactive television: Old, tiring gimmick or future of the medium? You choose

Interactive television: Old, tiring gimmick or future of the medium? You choose

In May, Netflix forayed once again into the world of interactive storytelling and released Kimmy vs the Reverend, a special of its acclaimed comedy series Unbreakable Kimmy Schmidt.

The movie—which arrived 16 months after Bandersnatch, the much discussed Black Mirror’s interactive episode—was touted by Vulture as “what interactive TV was made for.”

But what exactly is interactive television made for? What added value do interactive productions bring to the ever-expanding Netflix catalogue? Will interactivity become a new battlefront in the streaming wars? What are the narrative possibilities unlocked by this form of storytelling?

To answer these questions, we bring you here two different perspectives on interactive TV shows and movies. Is it just a decades-old, tiring gimmick or is it the future of the medium? Read and choose. The ending is up to you. 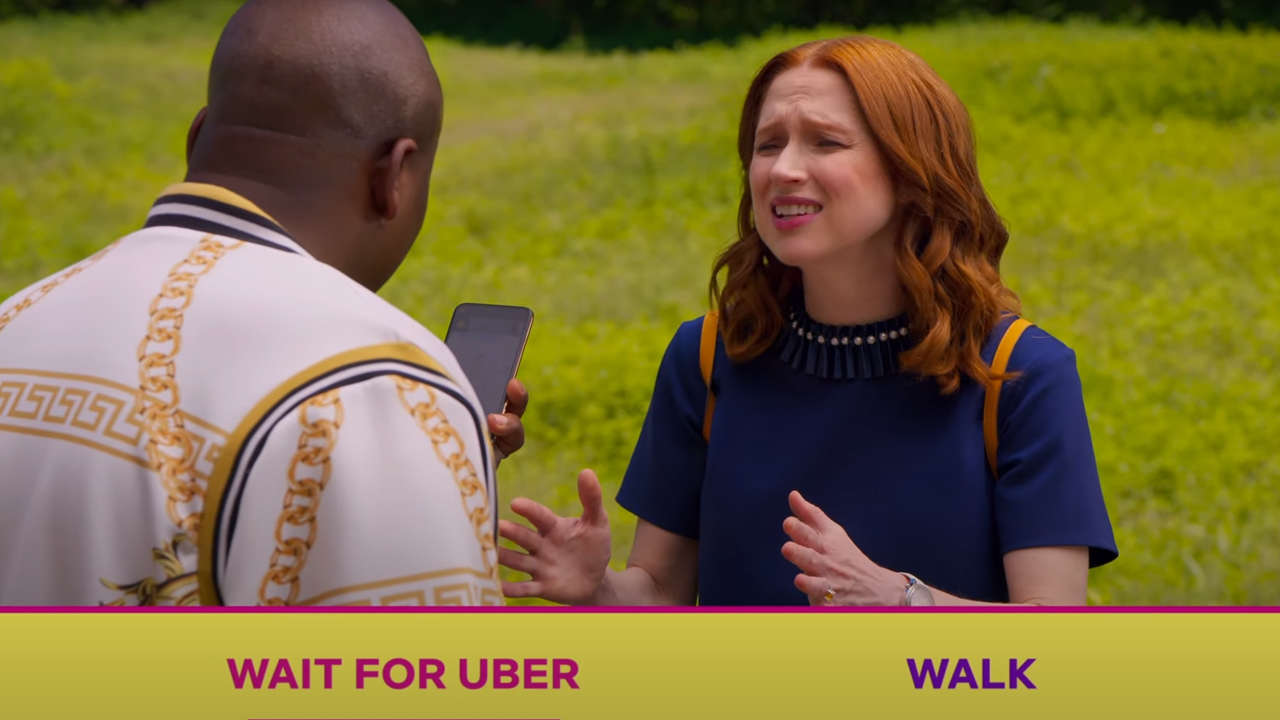 Kimmy vs the Reverend. The special has been released in the United States, United Kingdom, Canada and Australia (Courtesy of Netflix)

Interactive TV series and movies are nothing new. Kinoautomat, the world’s first interactive movie, was screened at the Universal Exposition in Montreal already in 1967. Thanks to custom-built, button-weaponized cinema seats, the spectators were asked to choose between alternative scenes.

In this perspective, interactivity can be considered as one of the many gimmicks that filmmakers have always used to spice up audiovisual productions. From the Smell-O-Vision (to quote Wikipedia, “a system to release odors at points in the film’s plot”) of 1960 film Scent of Mystery to the multiple endings of 1985 mystery-comedy Clue (theaters received just one of the endings randomly), the history of cinema brims with unconventional, usually short-lived ways to enhance the storytelling experience.

At the same time, it’s true that, in the 80s, thanks also to the invention of LaserDiscs, interactive films became a relatively popular format. Just think of the roaring success of Dragon Lair, the 1983 LaserDisc adventure designed by ex Disney animator Don Bluth.

Thirty years later, Dragon Lair was a big source of inspiration for Charlie Brooker’s Bandersnatch. Furthermore, in March, Netflix announced that they’re producing an adaptation of the 1983 LaserDisc bestseller. Will it be interactive? Too early to say.

What one may argue is that if Dragon Lair is still a point of reference in 2020, maybe interactive movies like Black Mirror: Bandersnatch are just a nostalgic fad, reminding us of the years when we were just starting to explore the narrative potential of participatory storytelling.

At the time, interactive stories were what Georgia Tech’s professor Janet Murray deemed “an additive form,” namely a hybrid way of telling a story that “still relies on formats derived from earlier technology instead of exploiting the expressive power on the new medium.”

In other words, if you want to be truly groundbreaking, rather than attaching a layer of interactivity to an otherwise conventional story, you’d need to exploit the narrative affordances granted by the new medium you’re using. You will then get narrative games like Telling Lies (that we featured in our article on computer screen stories), a great full motion game but hardly reminiscent of conventional cinema and TV series. And hardly playable on Netflix.

2) It’s the future of television!

Black Mirror: Bandersnatch and Unbreakable Kimmy Schmidt: Kimmy vs the Reverend are among the most innovative products Netflix ever released. 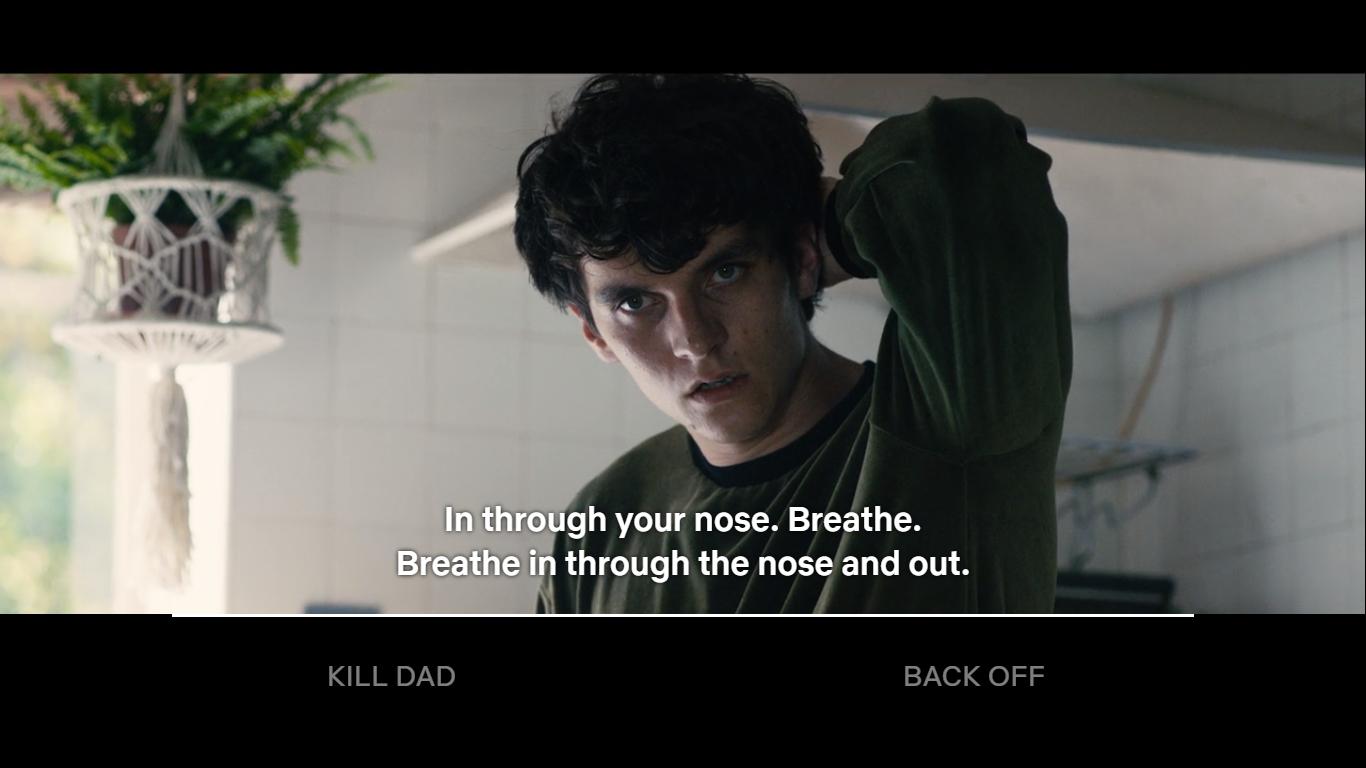 There are virtually no boundaries to what Netflix can accomplish as an interactive platform. What about bringing an interactive touch to series like Glow, BoJack Horseman or Russian Doll? Or a choose-your-own-adventure style episode of Stranger Things? Its Dungeons & Dragonish atmosphere would make it a great roleplaying show (but here we go again with the 80s nostalgia…)

Or just think of what kind of interactive movie a filmmaker like Christopher Nolan could pull out of his hat? In that  case, the unassuming “pause,” “rewind 10 seconds,” and “fast forward 10 seconds” icons could turn into magic buttons to manipulate the flow of time in the story.

And, beyond Netflix, there are intriguing up-and-coming services like the recently launched Whatifi, an app promising to bring the agency of branching movies to your iOS devices.

The bottomline is that all roads bring to the future of storytelling and that only daring experiments will be able to show us whether interactive movies and TV series can be something more than a gimmick.

While waiting for a Christopher Nolan’s interactive movie, you can check out our 2015 Emmy-award winning interactive documentary Last Hijack, an online experience that allows you to explore the hijacking of a ship in Somalia.